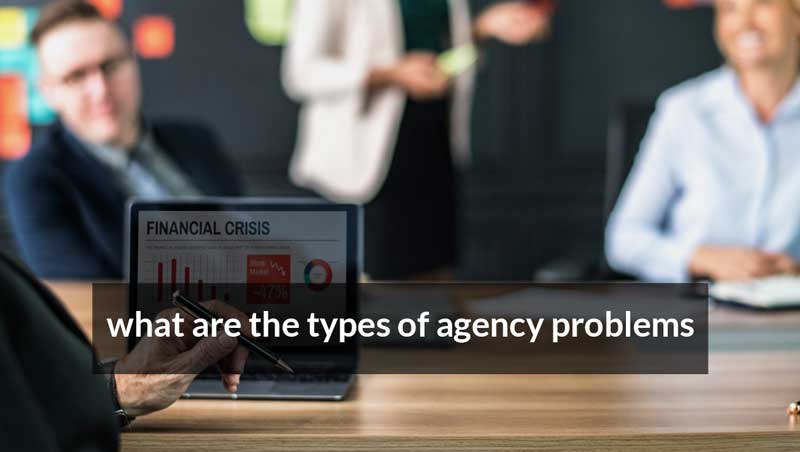 The agency problem is pervasive in our society. It is not just evident in business. It also exists in clubs, government agencies, churches, and many other types or organization.

The objective of management may differ from those of the firm’s stockholders. Stockholders want to maximize the wealth of the firm, but management wants to increases their personal benefits.

From this conflict of the proprietor and personal goals, wake what has been called the agency problem. Famous writer James C. Van Horne remarks three types of agency problem in his book. “Financial Management and Policy.” Those problems are discussed below:

It allows the firm to rent professional managers. But it also brings problems if the managers may seek a more leisurely or luxurious working . They may shun unpopular decisions, or they may attempt to build an empire with their shareholders’ money. Such conflicts between shareholders’ and ’ objectives create agency problem.

In addition to the agency conflict between stockholders and managers, there is a second class of agency conflicts-those between creditors and stockholders. Creditors have the primary claim on part of the firm’s earnings in the form of interest and principal payments on as well as a claim on the firm’s assets in the event of bankruptcy.

The shareholders, acting through management, have an incentive to induce the firm to take on new projects that have a greater risk than was expected by the firm’s creditors. The increased risk will raise the required rate of return on the firm’s debt, which turn will cause the value of the outstanding bonds to fall.

If the risky capital investment project is effective, all of the benefits will go to the firm’s stockholders. Because the bondholders, returns are fixed at the main low-risk rate. If the project fails, however, the bondholders are forced to share in losses. Such conflicts between shareholders and creditors create agency problem.

Stockholders versus other stakeholders:

Other stakeholders-employees, suppliers, customers, and have different agendas and may want to monitor the behavior of equity holders and management.

what is financial risk management?

What are the main functions of financial management or, manager?